What is the difference between Respiratory Care Department Billing Systems vs Productivity Systems?

Billing and Productivity systems are the backbone allowing Respiratory Departments to demonstrate their financial value and efficiency in performing services. Too often though, they get conflated, where a Billing system serves as the proxy for Productivity—something that should not happen. To better understand the purpose and differences of these two important systems, it helps to understand a bit about why they were created.

Prior to the inception of Respiratory Therapy departments, ‘ancillary’ services were administered by physicians and nurses (e.g. IPPB, Chest physiotherapy).  Since these procedures and services were provided by these professionals, they were considered a component of the inpatient room and board.  In the mid-1960’s, the federal government radically changed how health care was financed as a result of the implementation of Medicare and Medicaid.  Medicare (federal government program) and Medicaid (shared federal and state government program) are managed by The Centers for Medicare & Medicaid Services.  These programs served to launch numerous changes, with ‘Inhalation Therapy’, along with laboratory and imaging, assuming primary roles as revenue centers.

As ‘Inhalation Therapy’ evolved into Respiratory Therapy, respiratory care services were seen to be valuable not only for providing quality care but also to provide a new revenue source for acute care hospitals. In addition to transferring services formerly provided by physicians and nurses, our profession exploded secondary to new technology and expansion of services.  To ensure accurate patient bills and revenue capture, RT billing systems were created.

In this fee-for-service, retrospective payment environment, charges were created for each procedure and the amounts were determined by each hospital to be incorporated within the hospital bill to the payer.  Prior to the implementation of prospective payment and capitated contracts, these charges were a substantial component of hospital inpatient operations and this revenue fueled the expansion of our services and RTs to provide the services.

While most hospital reimbursement has transitioned to prospective payment, in which the hospital is reimbursed on the basis of the admitting diagnosis rather than the services provided, RT departments need to document services provided and their assigned charges.  Some payers continue to reimburse on a retrospective payment methodology, so the duality of the reimbursement systems in which we operate continue to necessitate RT department billing.

I hope this explains why Billing systems exist. As mentioned before, they should not be used as a way to measure Respiratory Department Productivity. What needs to be stressed is that the specific charges are not an appropriate metric on which to base productivity for RT departments.  This is because neither the procedures nor their associated charges are standardized between organizations nor do charges account for the time intensity to provide services.  Utilization of charges should never be considered appropriate for either internal productivity measurement nor for benchmarking against other organizations.

As inpatient clinical services departments transitioned from revenue centers to cost centers, measuring productivity became essential.  Coming from a system where ‘doing more’ meant greater reimbursement to this new prospective payment methodology, inpatient clinical service departments began to be scrutinized to optimize efficiency of operations.  Concomitant with this change in focus was the evolution of respiratory care services being primarily ordered by the physician to that of care plans based on patient-focused respiratory care protocols. Thus, ‘clinical need’ and ‘efficiency’ developed as means to assure that the services were provided according to clinical standards and indications and they were provided in the most efficient manner.

The era of prospective payment was met with both positive and cautionary responses from RTs.  What we felt was positive is that this methodology supported our value by demonstrating the value of RTs utilizing our critical thinking skills to develop care plans to meet each patient’s needs.  Rather than “one size fits all” orders, the patient-focused respiratory care protocols that we developed and implemented were customized for each patient.   Patients were assessed using a department-specific assessment tool and each patient was started on a treatment regimen based upon this assessment system, with modalities selected to optimize care. Conversely, we were skeptical that the overarching theme of cost-containment and focus on productivity might suggest to leadership that they should limit our services and constrain our use of emerging technologies.

While we use the term ‘productivity’, the better term would actually be ‘efficiency’.  Productivity infers the ability to compare inputs (labor) with outputs (clinical outcomes) while efficiency examines clinical service time to RT worked time. Having said that, the industry uses ‘productivity’, so we’ll continue to use this term. The most important aspect of accurately determining productivity is to select the most appropriate numerator and denominator. Typically, we use RT worked clinical hours as the denominator and total procedure time as the numerator. Thus, the RT department that achieves a higher number of procedure hours/RT worked clinical hours would be the most productive.

I should note that I’ve seen some departments do it differently by flipping the two: RT worked clinical hours/number of procedure hours. In that case a lower number would be more desirable. But the concept stays the same in that we need to measure efficiency by looking at time.

Here is a very simplified hypothetical example to reiterate the differences between these two systems and why they can’t be used interchangeably as a productivity measure. Let’s say we have two different hospitals with RT Department A and RT Department B, and this is how they relate to each other when it comes to administering Treatment Y.

According to the example above, if we use procedure counts as a proxy for productivity, then the two RT Departments are equally productive. But we’ve just seen that this is not the case because we haven’t included the labor utilized to produce these services.

Based on our example, RT Department B has higher charges than A—$200 vs $100. If we were to use charges as a measure of productivity, Department B would outperform Department A, which again doesn’t make sense, particularly since the vast majority of reimbursement is provided by a prospective payment methodology.

This example reinforces the necessity to utilize procedure time rather than charges to accurately measure productivity.

Admittedly, this is a very simplified example that doesn’t take into account CPT codes, the cost of providing our services, or any number of other realities of Respiratory Department Productivity and Billing administration that I discuss elsewhere in more depth (including in the e-book below). However, the basic principle illustrated is always applicable when it comes to understanding why charges cannot be used as a proxy for RT Department Productivity.

The key take-away is that for both billing and productivity systems, it is critical that the RTs accurately document their service in the hospital EMR, along with their clinical documentation. By doing this consistently, we’ll document the financial support provided to our hospitals by our RT departments, demonstrate our patient assessment and care planning competencies, and capture the time required to deliver our services. 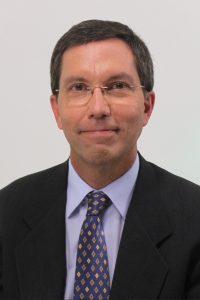 Garry W. Kauffman, RRT, FAARC, MPA, FACHE is a registered respiratory therapist with over 40 years of experience. Garry was selected for the AARC Fellow (FAARC) based upon his contributions to the profession at the national level.

Garry received his MPA from The Pennsylvania State University, and achieved the distinction of board certification in health care (FACHE) from the American College of Healthcare Executives.

Beginning his career as a bedside clinician, Garry has served in clinical, educational, and administrative roles in a variety of healthcare organizations and venues from short-term acute carehospitals, physician practice, ambulatory services, and long-term acute care hospitals. He formedKauffman Consulting, LLC and is the manager of this health care consulting company.

Garry is recognized for numerous journal publications, author/co-author of respiratory care textbook chapters, and as a frequent speaker at the state and national level. Garry has served his profession at the district, state, and national level where he has served in the AARC House of Delegates, AARC Board of Directors, and AARC President. Garry has served his profession in various volunteer roles as the AARC Chartered Affiliate Consultant; AARC Benchmarking Committee; AARC Advanced Practice RT Task Force; AARC Strategic Planning Committee, Respiratory Care author/reviewer; AARCTimes author/reviewer, AARC Uniform Reporting Manual, and ARCF Education Recognition Award Judge, among others.

Garry Kaufmann is a paid consultant of Vapotherm.